Bridge saw machines are widely used equipment in the industry and are favored by customers. The main structure of the bridge saw machine is that the beam is installed on the column through the carriage, and the beam and the spindle box are integrated. The carriage drives the beam to move up and down at the same time. The saw blade is driven to move up and down to achieve longitudinal feed, the carriage moves along the beam to achieve lateral feed, and the main motor drives the saw blade to cut the stone.

Saw blades are parts of stone machinery that directly cut materials and are very important to production. For the damage of the bridge saw machine during use, we also need to pay attention in use, so as to better protect the equipment.

Due to the influence of force and temperature, the saw blade of the bridge saw machine is easily damaged after a period of use. The main forms of wear damage are: abrasive wear, local crushing, large-area crushing, falling off, and mechanical scratching of the binder in the direction of the sawing speed. 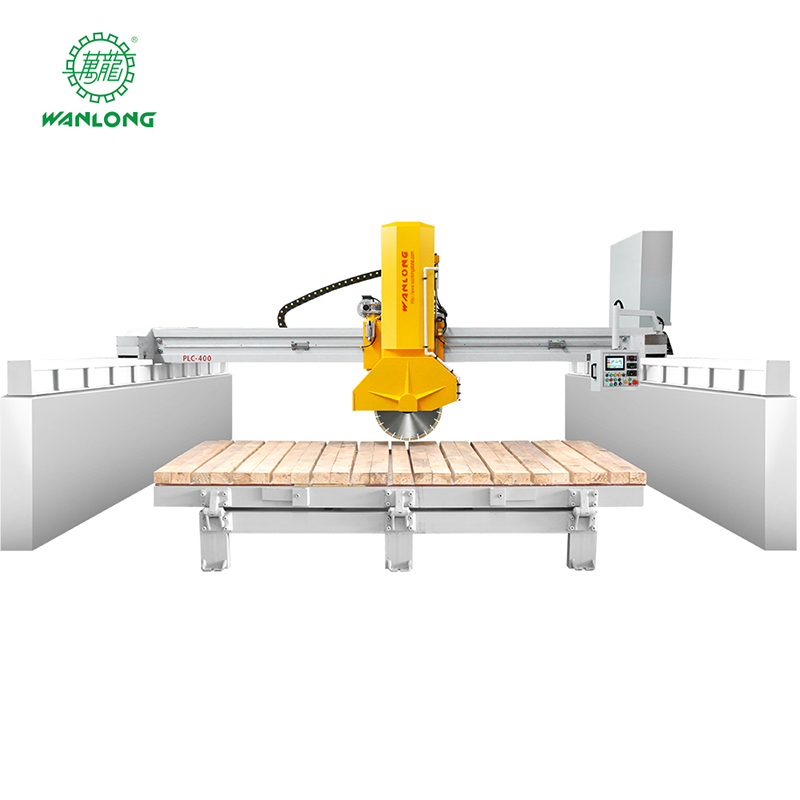 The surface of diamond particles is subjected to alternating thermal stress and alternating cutting stress, fatigue cracks will appear, and local damage will reveal sharp new cutting edges, which is an ideal wear mode;

The diamond particles are subjected to shock loads when cutting in and out, and the more prominent particles and grains are consumed prematurely;

Either type of wear is closely related to the load and temperature of the diamond particles, both of which depend on the cutting process and cooling and lubrication conditions.